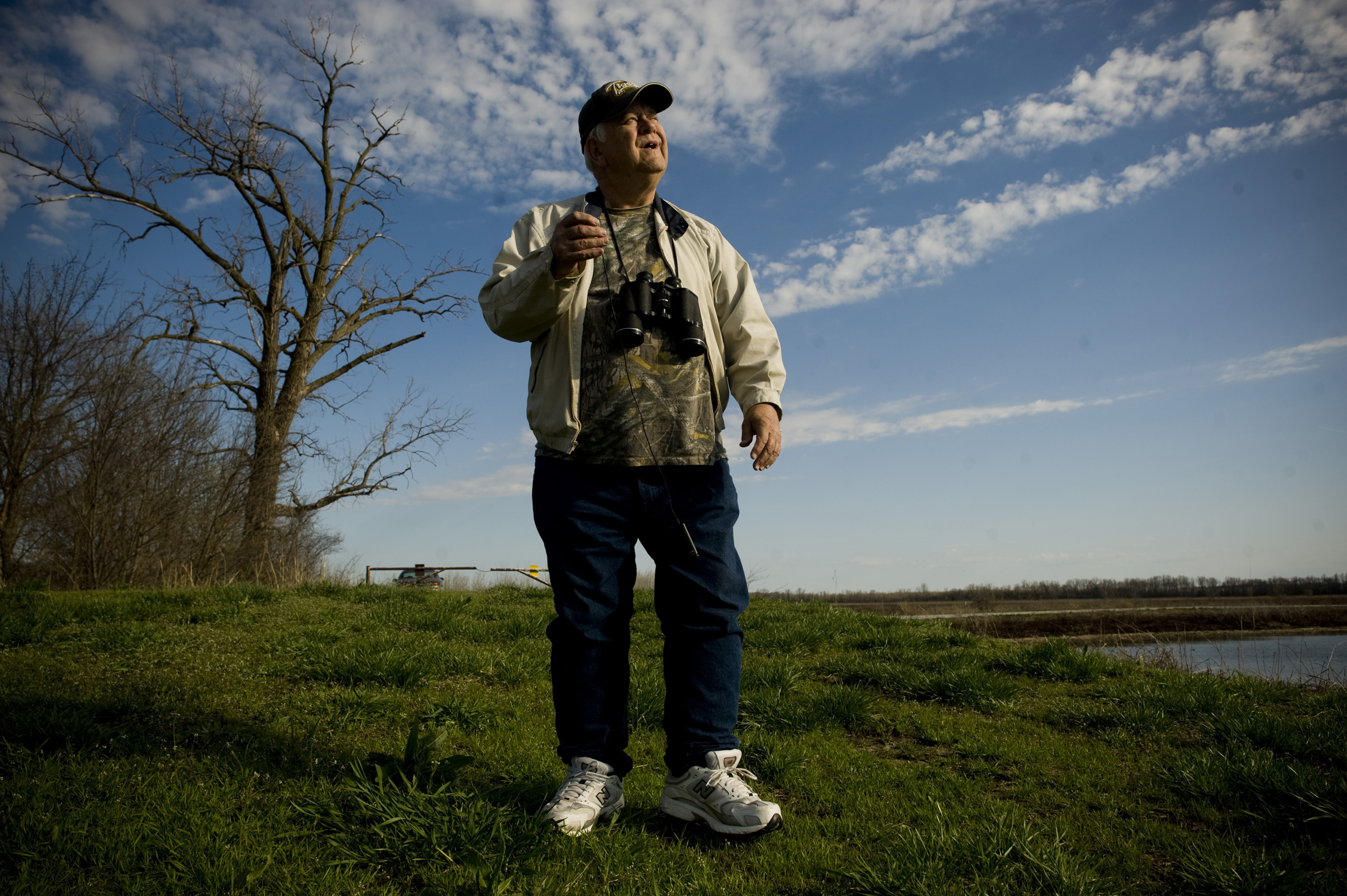 COLUMBIA — Marvin Chapman skids his beige Ford Taurus to a stop. Dust from the gravel road catches up to the car and blows through the windows. The interior is already covered with the stuff.

Chapman's mouth, which he describes as half full of teeth, is all smiles. He swivels his arthritis-stricken body around and reaches into the back seat for his camera and binoculars.

Until now it had been a sleepy day out at Eagle Bluffs Conservation Area, but Chapman's blood is finally pumping.

Soaring above, barely flapping its wings, is a bald eagle. Chapman feels a deep kinship with the bird.

"It's like me," he says. "Casual, patient, no big hurry or nothing, just enjoying itself."

He took up bird watching after he lost his wife, Sandra, eight years ago. The activity has become a way of coping with the loss.

Retired and living by himself, his days are marked by the time he spends at Eagle Bluffs looking for birds, and he is perfectly content with that.

"For most people, my life would be very boring," he said. "But to me it is really neat to be able to watch nature at its best." 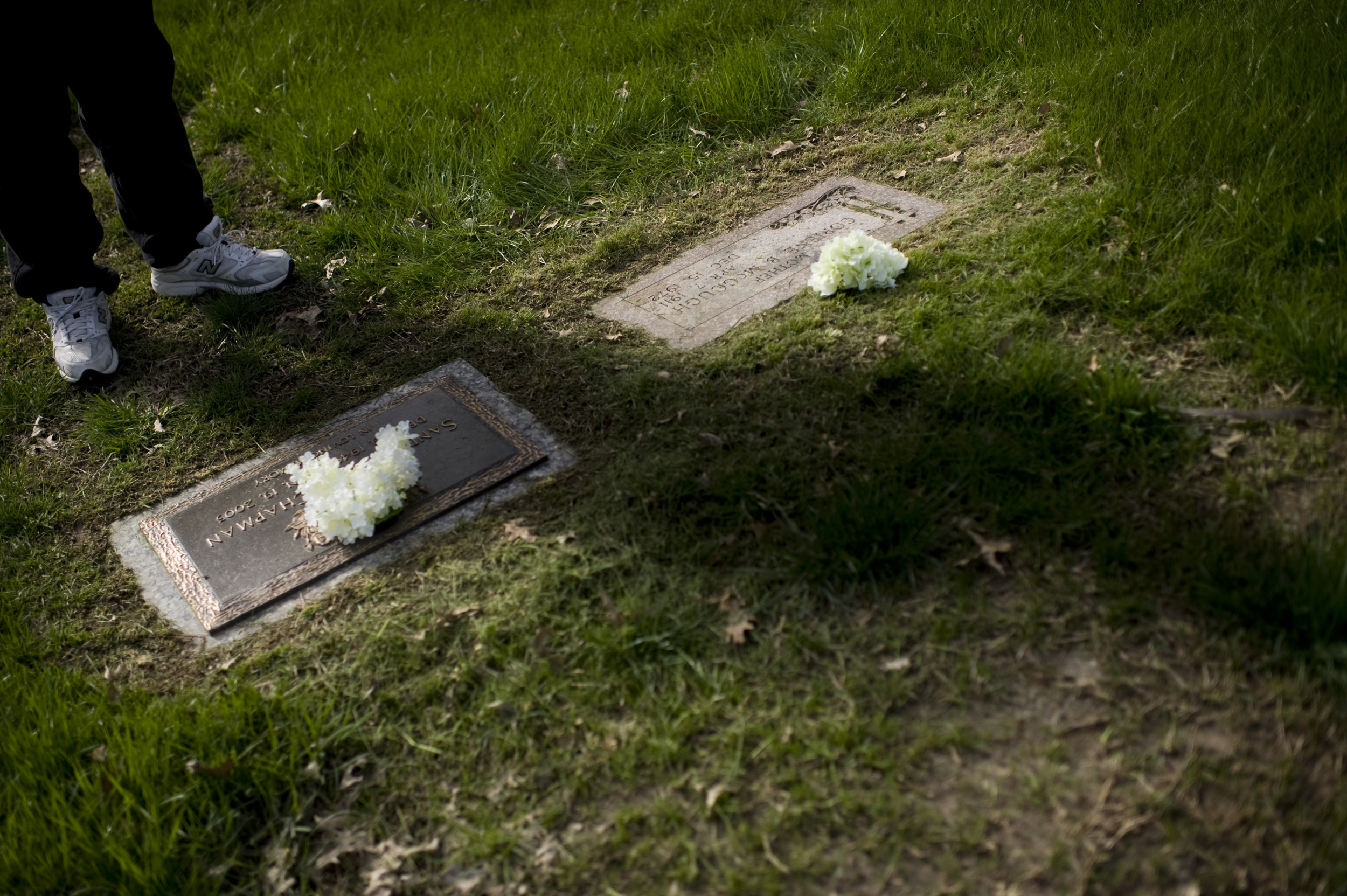 A bond with the birds

He approaches the subject of birds with a childlike wonder. While he might ponder more scientific subjects like migration patterns, he is also interested in more playful things.

"It sounds kind of silly, but I am curious about what they do, what they think and how they interact," he said. "It's outside of your reach and your touch, and to be able to take pictures of it all is my favorite thing to do."

Chapman says he has more than 40,000 photos of birds and their environment on his computer. He has dedicated an entire room in his single-wide trailer to the natural world. Prints of birds and lightning photos are strewn about, along with issues of Missouri Conservationist magazine.

His trips to Eagle Bluffs also cater to his need for solitude, peace and quiet.

Bird watching and other outdoor pursuits have proven therapeutic benefits by bringing people people closer to nature. One in five Americans watches birds, according to the U.S. Fish and Wildlife Service.

In February 2012, three social scientists at Stanford aggregated the research on nature and well-being.

After reviewing dozens of studies about nature and mental health, the authors concluded that interaction with nature has a positive effect on memory, attention, concentration, impulse inhibition and mood.

"Beliefs about the role of nature experience in mental health have played a role in the civic and political discussions surrounding conservation for a long time," they wrote in an article entitled, "The Impacts of Nature Experience on Human Cognitive Function and Mental Health."

Chapman frequents Eagle Bluffs for its natural beauty, but he stays predominantly for the birds. A wetlands area developed by the state Conservation Department to offset Missouri's severe loss of historical wetlands, Eagle Bluffs is known for its shore and migratory game birds.

Every time Chapman enters the conservation area, his eyes scan the fields for sandhill cranes or the rare white-faced ibis. A sighting of either really makes his day.

He hasn't studied birds extensively, but once he has seen and photographed one he likes, he is not likely to forget it.

He usually travels out to Eagle Bluffs on a whim. Whenever his mind starts to wander and he begins to think about his wife, he will grab his gear and make the 20-minute drive to the entrance on Route K near McBaine.

"I know for a fact that if I stay lazy and don't do anything I will get to worrying," he said. "Although it has been a number of years it is still pretty bad." 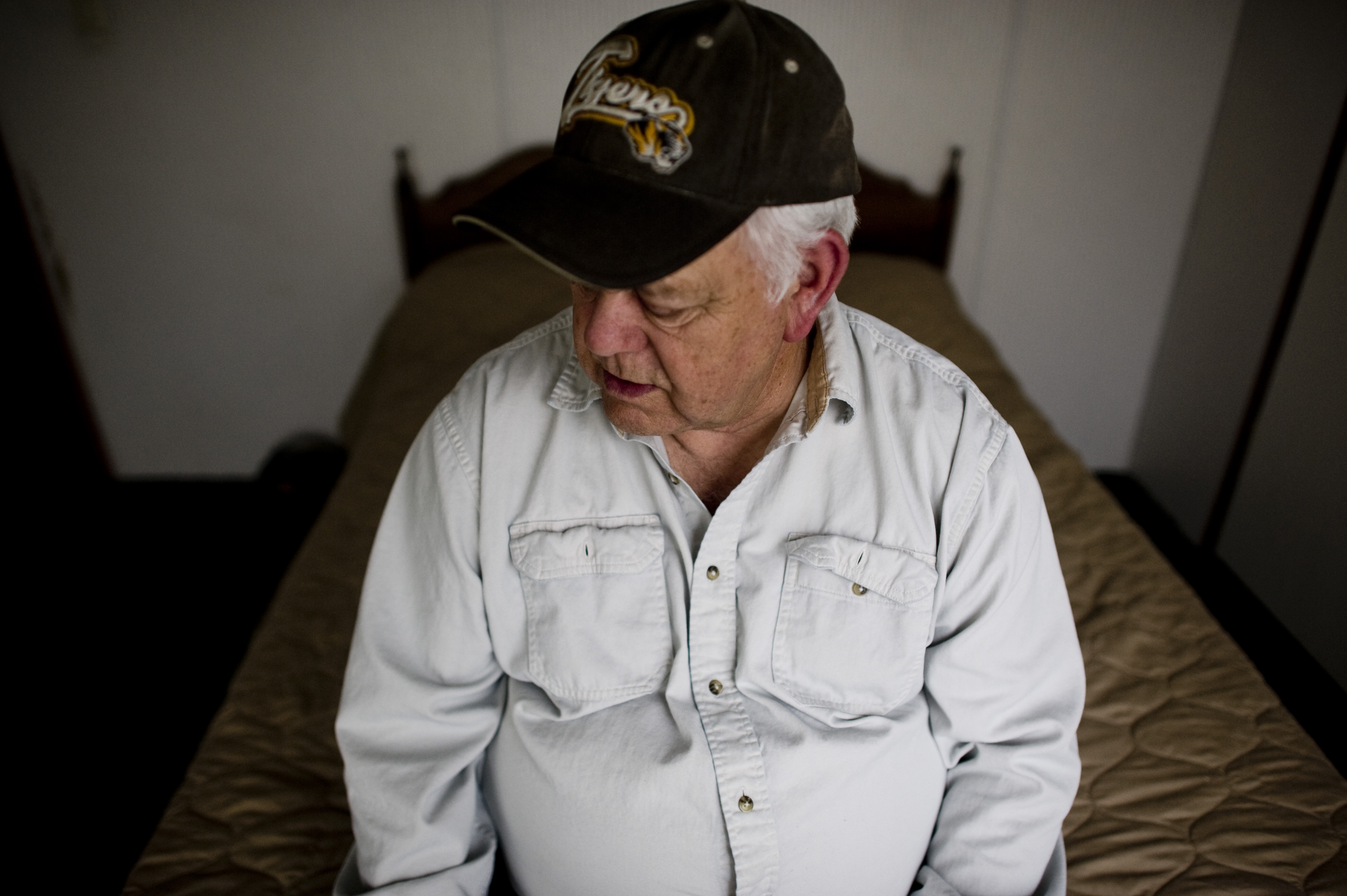 Marvin and Sandra Chapman were married for 36 years. From the beginning, they knew they would be together. Their courtship only lasted a few weeks.

Chapman describes their marriage as filled with highlights topped off by the birth of their two daughters and frequent family trips. Yet the aspect of their relationship that Marvin will remember most fondly is how close they were.

"We confided a lot in each other," he said. "We could tell each other anything, and it was easy."

Chapman describes them as a sort of a new age couple. Unlike his parents and some of his contemporaries, they were equals. They never picked on each other. Fights would always end in talking things over and working them out.

"Their marriage has been an inspiration to me during mine," said Casey Newby, the Chapmans' younger daughter. "They were always happy and kept each other laughing."

On Jan. 19, 2005, Chapman was working in the one-hour photo lab at Walmart when a State Highway patrolman approached him.

His wife had died in a head-on collision with a semi-trailer truck. The officer told him her death was instant; she did not suffer.

Chapman knew she had a history of heart problems. Both her mother and father died early from heart-related complications. Sandra had endured both heart stents and bypass surgery.

On the day she died, eye witnesses reported seeing her slump over the steering wheel before she entered the opposing lane of traffic.

Chapman does not remember hearing anything else the patrolman said. Shocked and confused, he thinks he fainted.

"What happened to her was a total shock," he said. "I loved her a lot, and I really hated to see her pass away like that. I thought we were going to have quite a few more years together."

Life continues after the loss

After the accident, Chapman said he fell into a period of heavy melancholy. The bout with depression culminated in a panic attack.

As he remembers, he was sitting at home a little more than a week after Sandra's death when his mind became engrossed with memories.

"It was an unusually warm February day," he said. "It was the kind of day that we would have gone out to eat, and I started thinking about all the other things we could have done."

His heart began to race, and he could no longer catch his breath.

"It was the most awful feeling of my life," he said. "I was sure I was having a heart attack."

He rushed to the hospital and doctors confirmed that it was a severe panic attack. Upon further testing, they found heart blockage and inserted a stent.

After the ordeal, Chapman talked to his daughters. With their advice, he realized he could no longer sit idle and fall deeper into despair. He needed to stay busy.

"We were really worried about him," said Candice McFann, the Chapmans' other daughter. "I had heard a lot of stories about when one spouse passes away it is not too long till the other one follows."

He drove out to Eagle Bluffs one day, and he fell in love with the place. 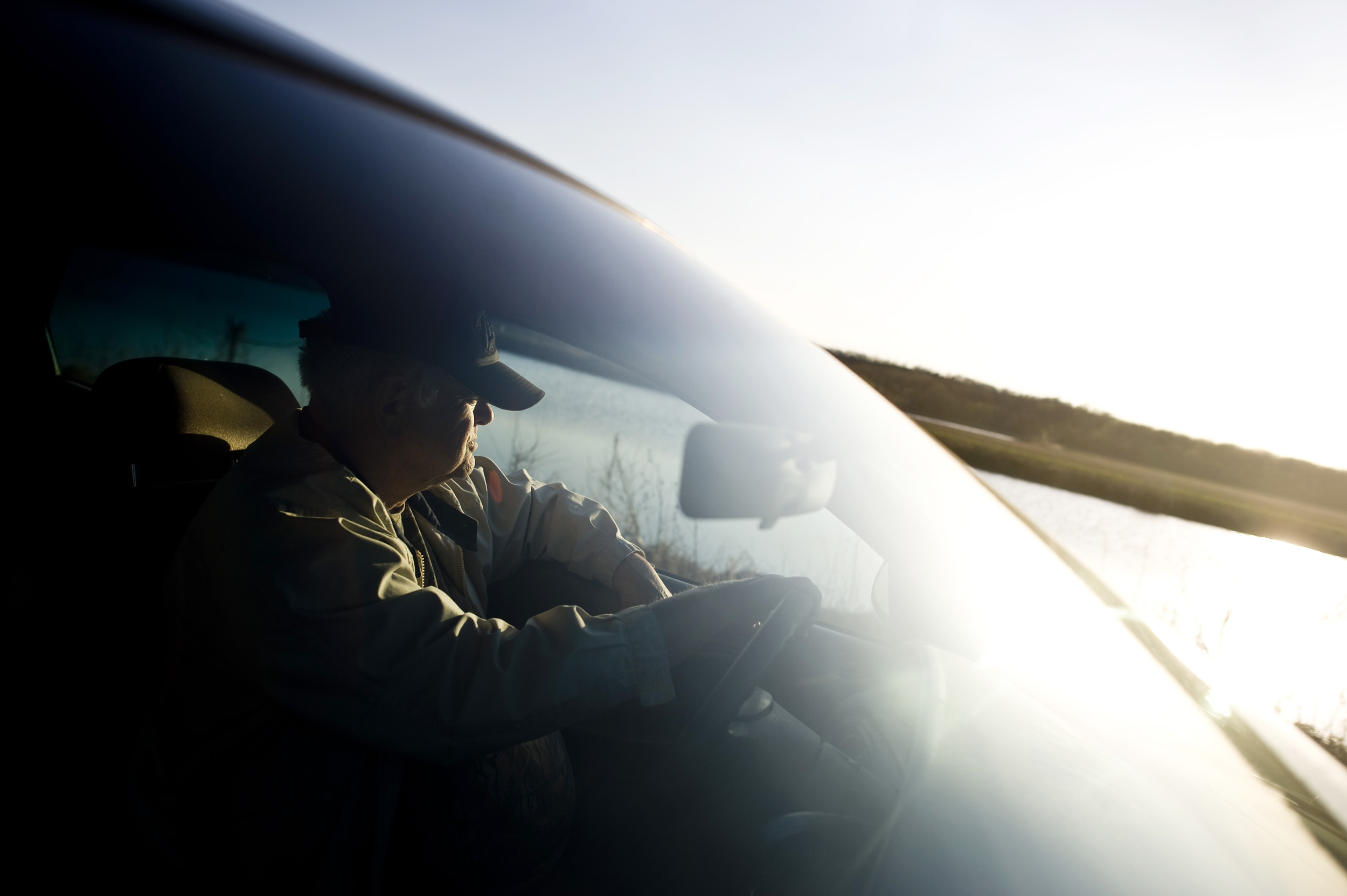 Chapman noticed that there were birds everywhere. He did not know much about birds but began to watch them and document their activities.

In bird watching, Chapman found a completely unrestricted and absorbing activity. Over time, he has grown philosophical about his wife's death.

"I guess I should be thankful that it happened so quickly," he said. "She didn't feel any pain."

"The accident really messed her up, but it didn't mess up her face. She was just as beautiful as always."

Michael Kaplan, a licensed clinical social worker, believes grieving is personal, and therapy should be tailored to the individual.

"If someone found peace and joy in bird watching (and told me that this was their hobby), then I might encourage them to stay engaged in that."

Even with Chapman's relative peace of mind, Sandra is never far from his thoughts.

"I think about her all the time," he said. "A lot of times when I am out in the country and I see something cool, and I say to myself 'boy I wish Sandy could have seen that.'"

"I'm happy, and I know that Sandy would have wanted me to be happy. But I would give up all the freedom to have her back with me." 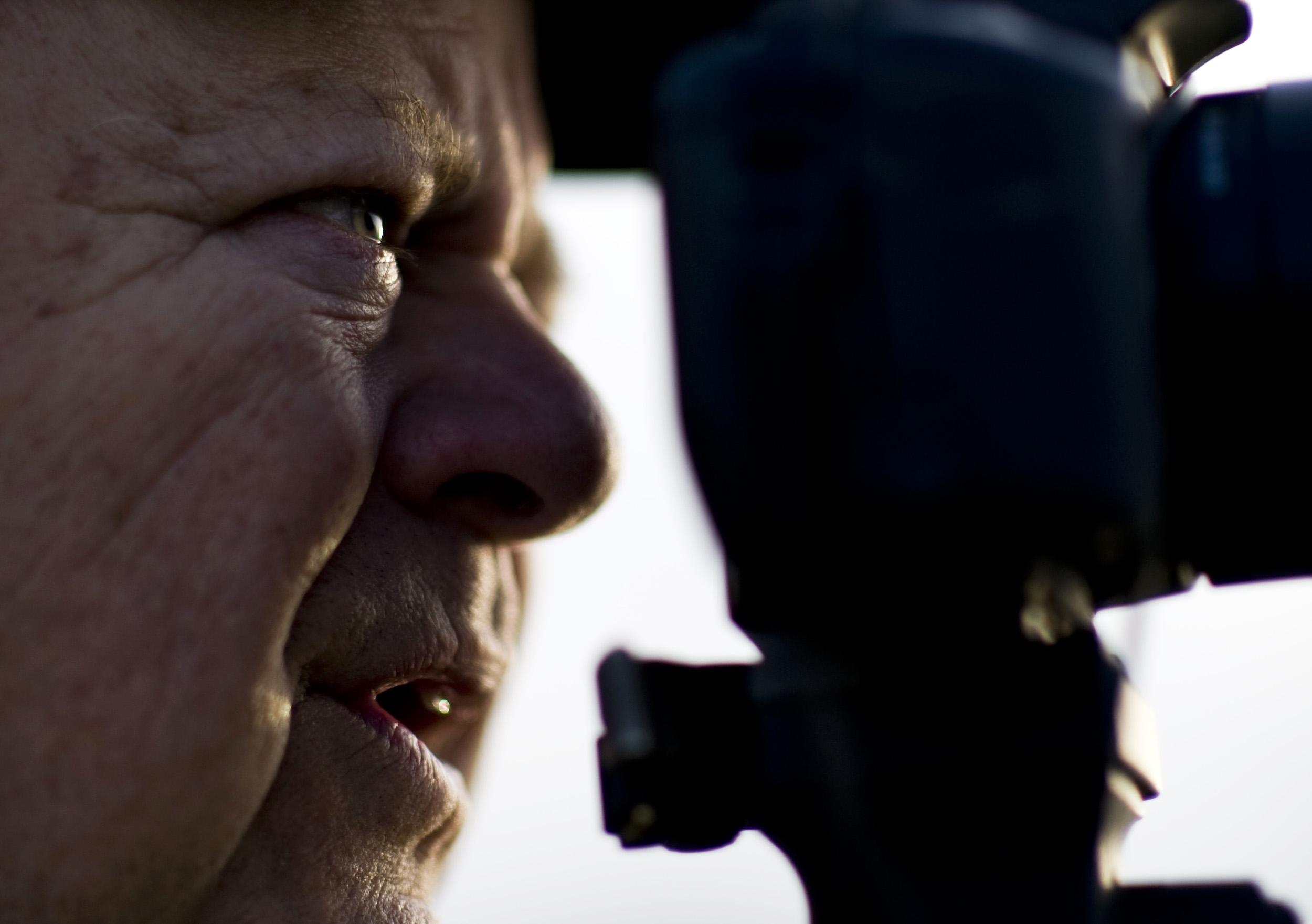